What is a Hair fall problem?

Problems affecting the hair and scalp include hair loss, infections, and disorders causing itching and scaling. Male pattern baldness is the most common cause of hair loss in men, with a receding hairline and baldness on the top of the head.

Some of the Hair Problems are:

Allergies resulting in a rash on the skin can appear on the scalp as easily as anywhere else on the body. Identifying the cause is often difficult, as there are hundreds of known, and many unknown, allergens. Use a mild shampoo as often as necessary and try not to aggravate the condition by scratching.

Alopecia areata, Alopecia total, Traction Alopecia, and banded Alopecia are various kinds of hair loss. Alopecia areata is a loss of hair in patches and can develop into Alopecia total, or complete baldness. Traction and banded Alopecia result from an intolerable strain being put on the hair — from being pulled back into a tight ponytail or being pulled as it is straightened — and usually occur around the hairline. If this pressure is removed there is every chance the hair will regrow, but if the abuse continues the hair loss may be permanent.

Of the various varieties of anemia, those caused by poor diet, lack of iron, or vitamin deficiency (particularly vitamin B) will most affect the hair. Once the condition is halted, treated, and the diet improved, hair too will gradually return to health.

This usually occurs in conjunction with excessively oily hair conditions. It is the result of sweat and oil glands overproducing, often because of stress, exhaustion, and a diet too rich in oily and fried foods. Once the diet is corrected, the oily hair condition treated and the stress alleviated, the odor will disappear.

Baldness, or Alopecia total, occurs when the hair follicles atrophy and cease to produce new hair. It usually begins with a thinning of the hair at the temples and crown, becoming more severe until only the sides and back of the head have any hair at all — and sometimes not even these areas are covered. Baldness is often hereditary; it used to be thought peculiar to men, but nowadays many women suffer from it — reinforcing the theory that frequently it is caused by stress and strain and is also sometimes the result of illness or drugs.

This term is used widely to describe any scaly condition of the scalp. It is often thought to be the result of a dry scalp, and this can be so, but more often it goes hand in hand with oily hair when the sebaceous glands are overproducing and the follicles get blocked. Causes include lack of fresh air or air circulation, i.e., if wigs are worn constantly or the head is often wrapped in scarves or covered with a hat; stress and emotional strain; and sudden changes in climate or diet. The scalp should be kept immaculately clean by frequent washing.

This inflammation of the skin or scalp is also known as eczema.

Dry hair appears dull and brittle and is often caused by over-bleaching, perming, or over-exposure to sun, wind, salt, or chlorine-filled water.

This is a deep-rooted fungal infection, sometimes the result of ringworm left untreated for too long, affecting the scalp and sometimes the nails. It appears as yellow cup-like crusts, which stick together, then drop off, leaving the scalp hairless and scarred. Immediate attention from a doctor is essential.

Grey hair, correctly defined, is hair where white hairs are mixed with the natural color, giving a gray effect. If hair strands contain melanin (color granules), they are ‘colored’; if they don’t, they are ‘white’. As the body ages, the hair bulbs fail to produce melanin in the hair shaft, and white hair results.

Hair usually breaks only when it is dry and brittle and this comes from abuse: over-processing through bleach, color or permanent waves, or over-exposure to the elements. Hair that is breaking is very fragile and needs the gentlest treatment to restore it to health; it should be combed gently with a wide-toothed comb, shampooed with a richer formula than usual, and conditioned every time it is washed. Don’t blow-dry or use heated rollers or other electric aids until it has returned to health — and only with the greatest caution even then.

A hair that has fallen has a tiny white bulb at one end. Fifty to a hundred hairs falling out daily is normal—hair loss over and above that needs treatment. The causes are not all known but include contraceptive pills, chemotherapy, drugs like cortisone, anything that interferes with hormones, and emotional disorders such as anxiety, lack of sleep, or tension. Finding the cause will determine how permanent the loss will be — often the excessive fall can be halted and the hair will regrow in time.

Hormones affect the hair — a proper balance must be maintained or problems may arise. Hormones are used to treat baldness in men, but the side effects may be unattractive and the results uncertain.

Oily hair becomes lank and greasy even a few hours after shampooing; it is caused by over-productive sebaceous glands and can also produce bad hair odor.

This is a loose term used for a bran-like or scaly appearance of the skin. Pityriasis steroids and pityriasis capitis are alternative names for common dandruff. Pityriasis amiantacea is a more virulent form of dandruff, which gathers along the hair shaft as well as over the scalp. Pityriasis should not be left untreated as hair loss will quickly follow.

Most pregnant women find their hair is healthier, shinier, and more abundant during this time of increased estrogen production; usually, problems like oily hair are lessened or disappear. But from three to six months after the birth of the child, the mother frequently suffers from hair loss.

Like hormonal, nutritional, or any other glandular imbalance, this can cause hair loss, sudden dryness, or lank hair.

Hair loss can appear in many different ways, depending on what's causing it. It can come on suddenly or gradually and affect just your scalp or your whole body. Some types of hair loss are temporary, and others are permanent. Signs and symptoms of hair loss may include:

Alopecia areata is a form of hair loss produced by the autoimmune destruction of hair follicles in localized areas of skin. What People Say About Arogyadham

We love that when people feel inspired to write about the care they received here at Arogyadham Treatment Centre! Here are some of the wonderful comments we have received. 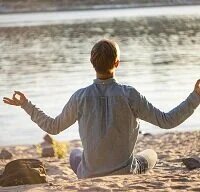 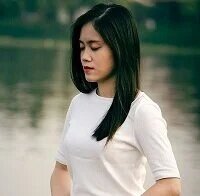 Ayurvedic Treatment Centre has made me feel positive about my life, problems that were impacting my social life aren’t any more! I recommend everyone, who is interested in Ayurvedic treatments. "The intensive therapies of Panchakarma treatment are aimed at cleansing & purification, weight regulation, regeneration & harmonization of bio-energy because the balance of body and mind is the basis for joy, vitality, and performance". "Before talking about the best ayurvedic centre let's talk about What is Ayurvedic center. Ayurvedic treatment centres offer cleanses, herbal treatments, massage, and yoga sessions and complete treatment programs to cure a variety of illnesses".

Please use the below-given Helpline Numbers for any Ayurvedic & Herbal Treatment-Related Enquiry or to fix an appointment with our ayurvedic sexologist doctor (Dr. Rakesh Agarwal) in Dehradun, Saharanpur, Meerut, Rishikesh, Haridwar, and Muzaffarnagar.